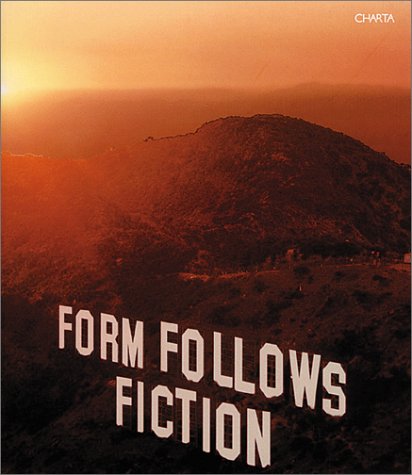 As elements of our life move closer to art, and as art moves directly into life, the differences between the artificial and real are becoming progressively blurred. Form Follows Fiction focuses on a generation of artists who can no longer follow the modernist dictum 'form follows function'; as our model of reality becomes more layered and less concrete, that decree morphs inevitably into 'form follows fiction:' Some of these artists create structures that intersect with everyday life, while others construct elaborate fictional systems that fuse elements of reality and fantasy. Some fashion elaborate invented worlds where past, present, and future are collapsed into one and where art historical icons and the debris of contemporary pop culture have equal relevance. All have developed new models of contemporary reality that are as fictional as they are real. Form Follows Fiction was conceived as a sequel to the 1992 exhibition Post Human, also curated by Jeffrey Deitch, which explored a new model of the human condition, pushing deep into the confusion between the artificial and the real.

Jeffrey Deitch is an art advisor, art writer, exhibition organizer, and the founder of Deitch Projects, an art gallery in Soho, New York that, since 1996, has consistently shown some of the most cutting-edge international contemporary art. As an independent curator, he has put together numerous exhibitions including Post Human, Strange Abstraction, and Artificial Nature. His writing has appeared in Art in America, Arts, and numerous exhibition catalogs, and he was the first American editor for Flash Art. Prior to opening his own art advisory firm in 1988, he was a Vice President at Citibank, where he developed and managed the bank's art advisory and art finance business.