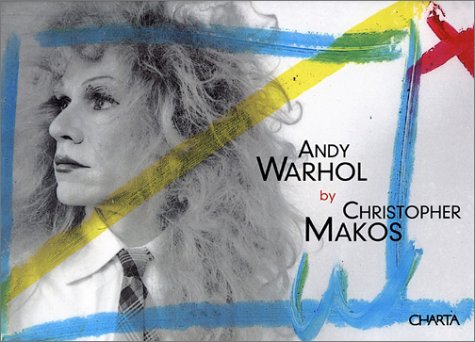 Andy Warhol called Christopher Makos the most modern photographer in America. The man who first introduced Warhol to the work of Jean-Michel Basquiat and Keith Haring here presents the photographic remains of their more than 10 years of intimate friendship and frequent collaboration. For the first time ever, all of Warhol's camouflage portraits, taken by Makos under the direct supervision of the artist himself, appear together, in full-page reproductions complete with Warhol's touch-ups and markings. In the photographic portraits that Warhol regarded as genuine self-portraits, he appears dressed up and in drag, wearing colored wigs and make-up, looking melancholic and shameless. Published in collaboration with Edition Bruno Bischofberger, Zurich.

Born in Lowell, Massachusetts in 1948, Christopher Makos grew up in California and studied architecture in Paris, where he worked as an apprentice to Man Ray. His photographs have been the subject of numerous exhibitions in galleries and museums throughout the United States, Europe, and Japan, including the Reina Sofia and The Contemporary Museum of Art of the City of Rome, and have appeared in such publications as Interview, Rolling Stone, House and Garden, Connoisseur, New York Magazine, Esquire, and People.

Andy Warhol started out as a very successful commercial illustrator, and became a painter, photographer, printmaker, film and video maker, magazine publisher, author, and celebrity. He had his first art show in 1962, at the Ferus Gallery in Los Angeles, where he showed his '32 Campbell's Soup Cans.' From that point on Warhol's work revolutionized the art world.
ISBN: 8881583798
Publisher: Charta
Paperback : 412 pages
Language: English