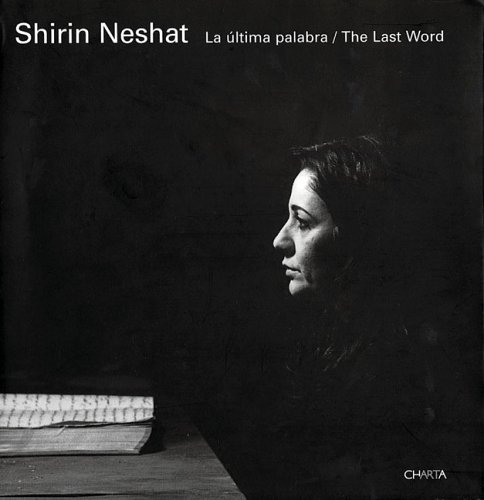 Shirin Neshat: The Last Word (Spanish Edition)
by Octavio Zaya
Publisher's Description
The first monograph to thoroughly document Shirin Neshat’s video production, The Last Word provides both a beautiful reminder of her work’s color and intensity and a crucial tool for her increasing number of fans and scholars. Neshat, who studied in the United States and has lived in New York for many years, found international success following the explosive release of her images of Muslim women wrapped in chadors with verses by rebel Persian poetesses traced on their faces, hands and feet. She became renowned when her short film Turbulent was awarded the Leone d'Oro at the 1999 Venice Biennale. With her camera persistently focused on the veiled women of the Muslim world, Neshat has continued to make striking and courageous work of rare beauty and intensity, and has presented it to continuing acclaim. She goes fearlessly into the widening gulf between conformism and revolt, submission and compliance, that characterizes the women of the Muslim world, seeking out images from the far sides of the divide that will both narrow the distance and help viewers sound its depths. The Last Word is a necessity for those who would approach, informed, the poetic works and the fierce commitment of an extraordinary artist.
ISBN: 8881585510
Publisher: Charta/MUSAC
Hardcover : 252 pages
Language: English
Dimensions: 0 x 0 x 0 inches