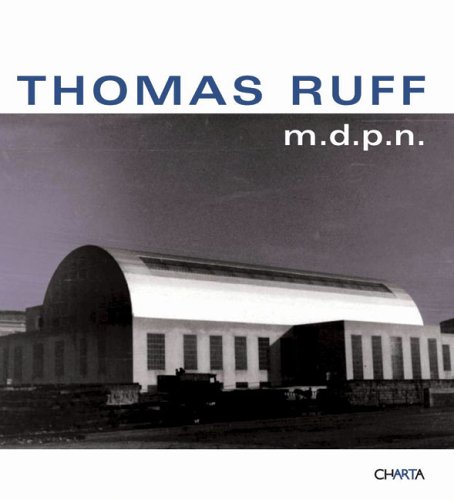 Thomas Ruff: M.D.P.N. (Italian Edition)
by Fabrizio Tramontano
Publisher's Description
“Shortly after graduating in Bridge and Road Engineering in 1929 and being appointed to the rank of reserve lieutenant, I took a look around my city. There were no patterns to follow—only examples to imitate. The grand extravagant projects were the monopoly of the regime of arrogance and favoritism. A modern fish market was needed to replace the grubby “pietra del pesce”on Via Marina. I studied the problem on the spot and visited various other fish markets in Pozzuoli, Milan, Venice, Marseilles, Ostend, Hamburg.” This is how Luigi Cosenza (Naples, 1905-1984) describes the genesis of his first project, the Mercato del pesce di Napoli (Fish Market of Naples), built in 1929 and considered the manifesto of the city’s rational architecture. This book documents the “M.D.P.N.” building in equally rational and elegant images from Germany’s renowned Thomas Ruff, beginning with photographs taken in the dazzling light of an early afternoon in September 2002.
ISBN: 8881585588
Publisher: Charta
Paperback : 72 pages
Language: English
Dimensions: 0 x 0 x 0 inches