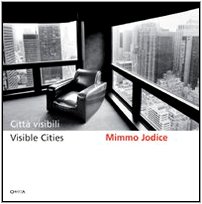 Mimmo Jodice: Visible Cities
by Mimmo Jodice
Publisher's Description
Born in 1934 in Naples-where he still lives and works-Mimmo Jodice has been at the top of his profession, one of the great Italian masters of photography, for more than 45 years. This volume celebrates Jodice's architectural work, uniting his portraits of eight world capitals into a kind of self-portrait. Four of the cities have been the subjects of previous titles: Paris: City of Light; Inlands: A Vision of Boston; Sao Paulo and La citta invisibile: Nuove vedute di Napoli; and four are new to print, including Rome, Moscow, Tokyo and New York. When Jodice's Mediterranean appeared, which includes some Rome images, the architecture critic Herbert Muschamp observed of it in >em>The New York Times that 'Mr. Jodice depicts a mythical place a romantic intertwining of wholeness and solitude: the oceanic sensation of merger between a self and its surroundings.' That impression of unity is as strong-if not as relaxing-in his contemporary urban landscapes as in his ancient ones. With text from Stefano Boeri of Domus magazine and an interview with Hans Ulrich Obrist. Jodice's previous books, in addition to those above, include Light, Eden and Tempo Interiore.
ISBN: 8881586282
Publisher: Charta
Hardcover : 144 pages
Language: English
Dimensions: 10.9 x 11.1 x 0.7 inches