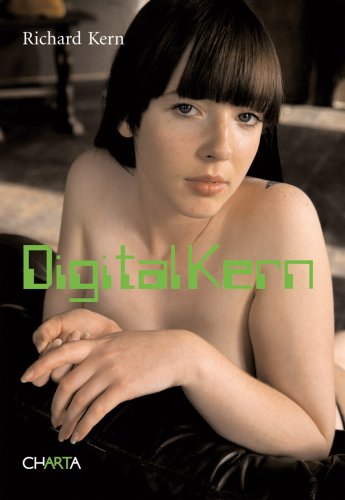 Digital Kern
by Richard Kern
Publisher's Description
Richard Kern is renowned for his underground films, and for his pithy remark 'If the model is the exhibitionist then I am the voyeur.' The New York Times has called his pornography-influenced images 'uncommonly visceral instances of the so-called male gaze.' Some folks just call them porn: his publication credits include the magazines Barely Legal, Finally Legal, Tight, Candy Girls and Juggs. Kern was born in North Carolina in 1954, and has lived and worked in New York City for some 30 years. In the 80s, he produced a series of short films since recognized as the central works of the movement that has come to be called the Cinema of Transgression. In the 90s he moved back to still photography while occasionally directing music videos for performers like Sonic Youth and Marilyn Manson. He has shown his work around the world at venues including the Palais de Tokyo in Paris, the London Institute of Contemporary Art and New York's Feature, Inc. This is his tenth monograph, following titles including Kern Noir, New York Girls and Model Release. It is the first to focus exclusively on his digital work.
ISBN: 8881586363
Publisher: Charta
Hardcover : 96 pages
Language: English
Dimensions: 0 x 0 x 0 inches