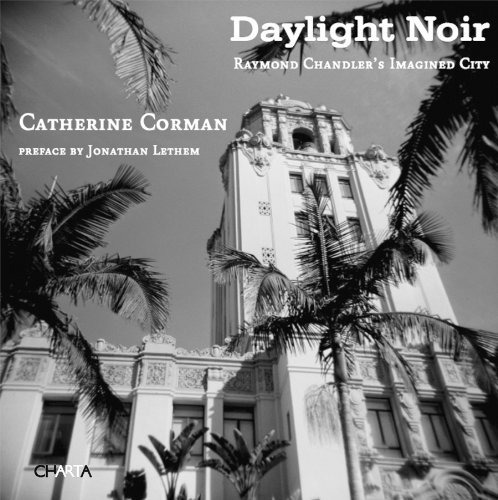 Catherine Corman: Daylight Noir
by Catherine Corman
Publisher's Description
Daylight Noir: Raymond Chandler’s Imagined City comprises photographs of all those ominous, forbidding Los Angeles locations so hauntingly described by Chandler in his novels. From Malibu Pier to the Hollywood Sign, from Union Station to the Beverly Hills Hotel, from MGM Studios to Musso and Frank’s Grill, these locales form the geography of Chandler’s imagination, and conjure a world not yet entirely vanished. Clive James wrote of Chandler’s fascination with Los Angeles that “when he said that it had as much personality as a paper cup, he was saying what he liked about it.” But Chandler was also drawn to the Hopperesque loneliness of the city, to that sense of isolate existences that never merge. In these photographs, Catherine Corman (editor of Joseph Cornell’s Dreams) has given us, as Jonathan Lethem writes in his preface,“a supremely evocative catalogue of haunted places... these streets and buildings we have erected in order to give order to our solitudes.”
ISBN: 8881587246
Publisher: Charta
Paperback : 128 pages
Language: English
Dimensions: 8.1 x 8.1 x 0 inches