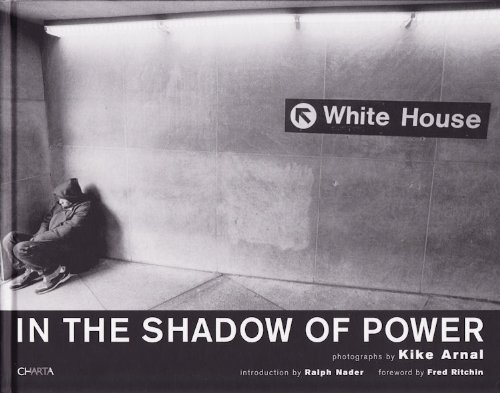 Kike Arnal: In the Shadow of Power
by Ralph Nader
Publisher's Description
In the Shadow of Power is a shocking visual exposé of the harsh social and economic realities in the capital city of the richest nation on earth.Washington,D.C., ismuch more than its tourist destinations, and Venezuelan-born photographer Kike Arnal’s book describes a search for that other city: a city that, incredibly, has the nation’s highest infant mortality, teenage pregnancy and AIDS infection rates, and where 16 percent of local children live in extreme poverty.“With a population of roughly 570,000 people, the District of Columbia is, by world standards, a small city,” Arnal writes.“Itsmanageable size would seem to indicate that Washington could fulfill expectations naturally associated with a city of its global stature, to take care of its people. The disparity that I saw compelledme to spend the next few years documenting Washington,D.C., in order to draw attention to the realities of the city.”Arnal first visitedWashington in 2002 while on an assignment, and was stunned by the poverty he encountered (“I was… reminded of themarginal barrios back inmy home country,”he recalls); here he brings to light the lives behind these grimstatistics.
ISBN: 8881587602
Publisher: Charta
Hardcover : 144 pages
Language: English
Dimensions: 0 x 0 x 0 inches