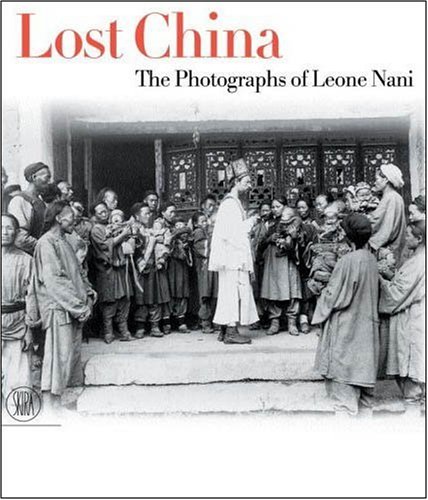 Lost China: The Photographs of Leone Nani
by Clara Bulfoni
Publisher's Description
Using a mobile studio and working with glass plates that he developed and printed on his own, Nani captured images of young couples, families , dignitaries, peasants, and artisans. His curiosity and respect for a culture whose values were not his own and whose customs were foreign becomes clear through photographs ranging from portraits, to images of architecture and the landscape. His skills as a detailed observer of local habits and customs make Lost China: The Photographs of Leone Nani an intimate exploration of China during the early twentieth-century-a time which has, for the most part, been restricted to the descriptions of travelers.
ISBN: 8884915716
Publisher: Skira
Hardcover : 224 pages
Language: English