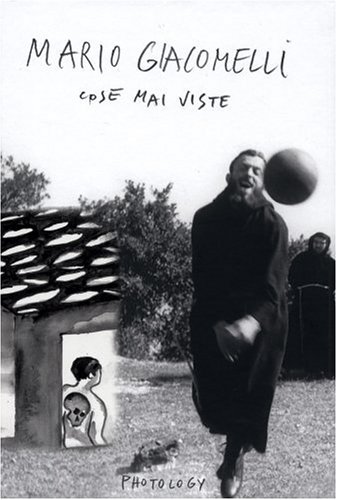 Mario Giacomelli: Cose Mai Viste
by Enzo Cucchi
Publisher's Description
The title Cose Mai Viste translates literally as “things never seen,” and applies here in two senses. The most direct describes works never before shown, never exhibited or published. The broader describes views that no one but Giacomelli has ever seen, moments when only he was there. Now that he is gone, only his prints remain to describe them—or transform them. As a self-taught artist who became a star of postwar Italian photography, Mario Giacomelli (1913-2000) made his name with images of the country around him, particularly the series, There Are No Hands to Caress My Face, which showed young seminarians playing in the snow, in brilliant graphic contrast to their black cassocks. His single frame,“The Boy from Scanno,” also made its way into exceptionally wide circulation in John Szarkowski’s classic Looking at Photographs. The 230 images collected here, which range from the 1960s to the 90s, are at once familiar—like the monk playing soccer on the cover—and all new— he’s playing on the grass.
ISBN: 8888359192
Publisher: Photology
Hardcover : 432 pages
Language: English