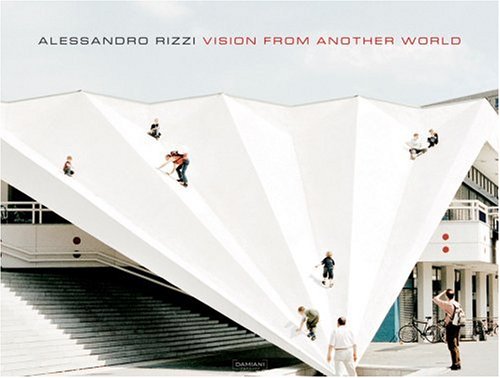 Alessandro Rizzi: Vision from Another World
by Alai Andrea
Publisher's Description
From the West to the East, through the biggest capitals of the world, Alessandro Rizzi’s color reportage observes individuals dwarfed both by immense architecture and by the immensity of their cities themselves, regarding his individual subjects as keys to the meaning of the modernity that surrounds them. Rizzi, who was born in Italy in 1973, has traveled extensively between Mexico, Romania, Turkey, Lebanon and the former Soviet Union. In 1999 he began a project on social changes in the Balkans 10 years after the fall of the Berlin Wall. More recently he has worked in China and between Israel and the West Bank. In 2002, a 3M prize named him the best Italian photographer under 30.
ISBN: 8889431423
Publisher: Damiani
Hardcover : 96 pages
Language: English