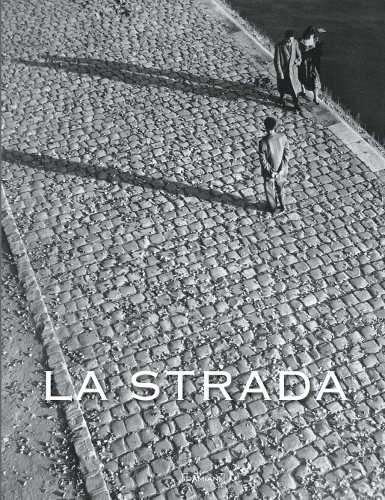 La Strada
by Nino Migliori
Publisher's Description
La Strada captures the life and drama of Italy's streets from World War II through the 1970s. Its exquisite photographs, made by some of the most deeply skilled artists of the mid-twentieth century, are imbued with the essence of Neo-Realism, the aesthetic that produced some of the most influential Italian film and literature of the same era. The American gallerist and curator Keith de Lellis's selection of more than 200 pictures, some previously unpublished, by more than 60 masters-including Mario Giacomelli, Nino Migliori, and Mario De Biasi-reveals the touching, the humorous, and the tragic in the day-to-day lives of the Italian people, liberated from the grips of Fascism. A treasure trove, and a case for the continuing recognition of this inspired group of picture-makers.
ISBN: 8889431717
Publisher: Damiani
Hardcover : 200 pages
Language: English