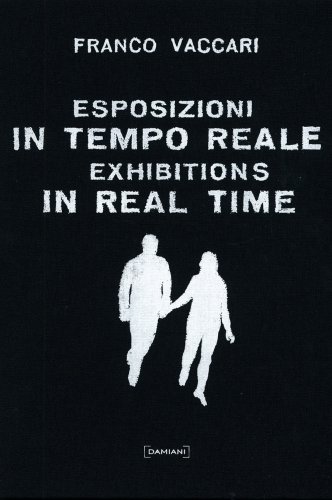 Franco Vaccari: Exhibitions in Real Time
by Renato Barilli
Publisher's Description
Franco Vaccari, born in Modena, Italy, in 1936, has shown his work at four Venice Biennales to date (1972, 1980, 1993 and 1995), the Centre Pompidou in Paris and P.S.1 in New York. He's also well known in Italy as a critic and author. Exhibitions in Real Time is the first monograph to assemble his recurring works of that title. It focuses particularly on one early and better-known iteration, his 1972 Biennale solo show, and also documents 35 performances over the following 30 years of activity. The 1972 Exhibition in Real Time, known as Leave a Photographic Trace of Your Passing, set a simple photo kiosk into the gallery with a sign asking visitors to add a picture to the wall. It was and remains both an ideal conceptualist work and an emblem of the artist's interest in causing an event without controlling its results-revealing of both Vaccari and the era.
ISBN: 8889431822
Publisher: Damiani
Hardcover : 250 pages
Language: English
Dimensions: 8.6 x 11.3 x 1.1 inches