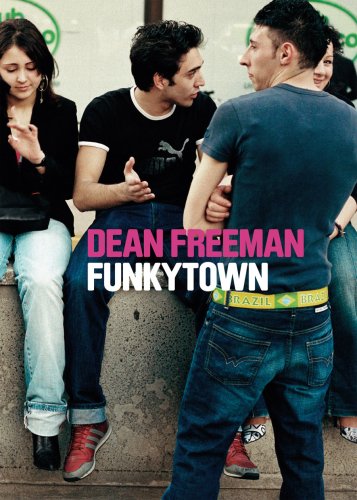 Dean Freeman: FunkyTown
by Simon Kelner
Publisher's Description
FunkyTown digs into British photographer Dean Freeman's archive-it goes way beyond Beckham-to gather published and unpublished portraiture, fashion and reportage spanning three decades of youth culture, from the 1980s to the present. His star portrait subjects include Liz Hurley, Sandra Bullock, Rachel Weisz, Dennis Hopper, Harold Pinter and Guy Ritchie. But beyond glamour and stardom, beyond Freeman's understanding of and comfort with the models, pop stars and writers for whom he has been a talent scout and icon-maker, he turns out to be a sensitive observer of people and landscapes in Africa, Asia and the Middle East. On his own time, he has chronicled a richly diverse world with great humanity and wit. Freeman was born in London, where he exerts a great influence on contemporary cultural iconography. He has work in the National Portrait Gallery there; his editorial work has appeared in GQ, Glamour and Tatler; and his advertising work for American Express, Camel and Levis has been seen worldwide. He has been associated with several best-selling books, perhaps most impressively David Beckham's My World, of which over 1,000,000 copies sold.
ISBN: 888943189X
Publisher: Damiani
Hardcover : 200 pages
Language: English
Dimensions: 8.7 x 11.7 x 0.9 inches