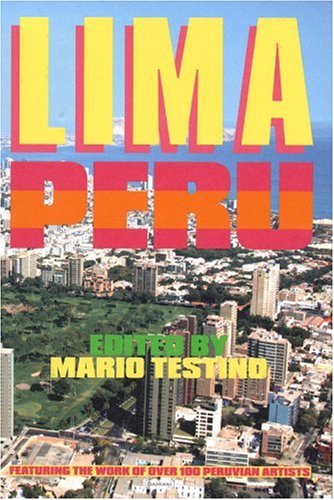 Lima Peru: Edited by Mario Testino
by Mario Testino
Publisher's Description
Even as Mario Testino has become a royal image-maker in England and in Hollywood, where his portraits define the new glamour for a generation of stars, models and celebrities, he has cherished visions of the elegance and endless beaches of Lima, the city where he grew up. He has always confessed his love: 'I'm very proud of being Peruvian, I would not want to be from anywhere else. I've lived in Europe for 30 years, but the moment I see our flag I get soppy.' And he confesses it again here, though not in a traditional book of his own photography. For in Lima, Peru Testino make his first foray into the role of photo editor, celebrating the title city through the eyes of its artists, photographers, artisans and photojournalists. Of this project's genesis Testino says, 'I wanted to capture Lima's positive chaos...I wanted to find a book which conveyed this-the way Lima's artists and photographers have captured their city's color and complexity, its art, its people and its buildings, its street life and its interiors. But no such book existed, and so I decided to edit one myself.'