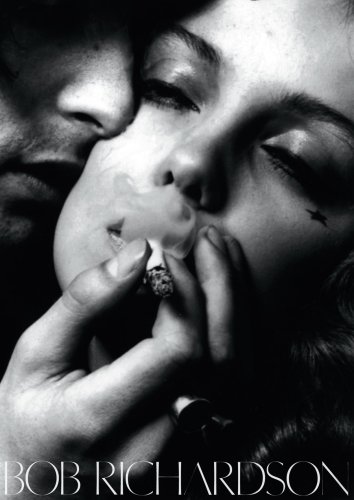 Bob Richardson
by Terry Richardson
Publisher's Description
Fashion photographer Bob Richardson (1928-2005) first began to publish his powerful, transgressive and emotionally charged black-and-white images in the high-fashion press of the 1960s, highlighting the new freedoms and attendant disillusions of the era in a distinctive, maverick style that matched his own edgy way of life. According to Cathy Horyn of The New York Times, 'Mr. Richardson's pictures were radical because, more than showing youthful fashion in a liberated way, they sought to expose the life dramas that were then consuming young people.' They were dark and conflicted, abject and suggestive, fleeting, broken, knowing and yearning. Always a cult photographer (and widely credited with influencing such peers as Peter Lindbergh, Steven Meisel and Bruce Weber), Richardson was also plagued by schizophrenia, and he lived hard-experimenting freely with sex and drugs throughout a life of extreme highs and lows. For example, he is perhaps most famous for the profoundly compelling portraits he made of his then-partner and muse Angelica Houston in the 1970s, while the 1980s found him homeless and living on the streets of Los Angeles.

This highly-anticipated, beautifully-produced volume is the first ever dedicated to Richardson's oeuvre. Put together by his son, the equally renowned photographer Terry Richardson, it collects what remains of the original work, much of which was destroyed over the course of Richardson's unpredictable career.
ISBN: 8889431938
Publisher: Damiani
Hardcover : 352 pages
Language: English
Dimensions: 9.8 x 13.4 x 1.4 inches