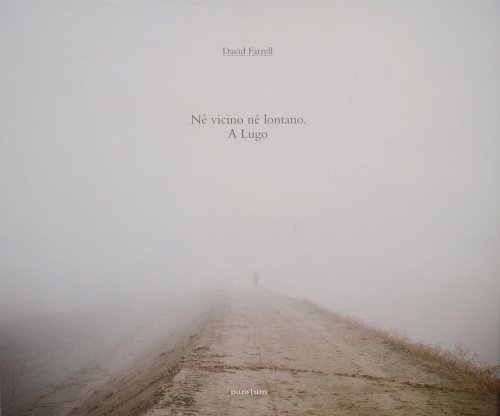 Né vicino né lontano. A lungo
by David Farrell
Publisher's Description
All I could hear were the uneasy screeches
of the lost birds, the yelping of the stray,
and, on that sea that lacked both waves and
beaches,
the footsteps, neither near nor far away.
Giovanni Pascoli

Internationally renowned Irish photographer David Farrell took Giovanni Pascoli’s poem “In the Fog” as the starting point for a series of enchanting and surreal photographs taken in the eastern Po Valley, which investigates the theme of the relationship between fog and the landscape.

The photographer immersed himself in landscapes enveloped in a thick mist, creating mysterious images that allow glimpses of details that slowly emerge from the fog in a suspended atmosphere that, as suggested by the title of the work, makes them seem neither near nor far (in Italian, “né vicino né lontano”).
ISBN: 8895410114
Publisher: Punctum
Hardcover Language: Italian