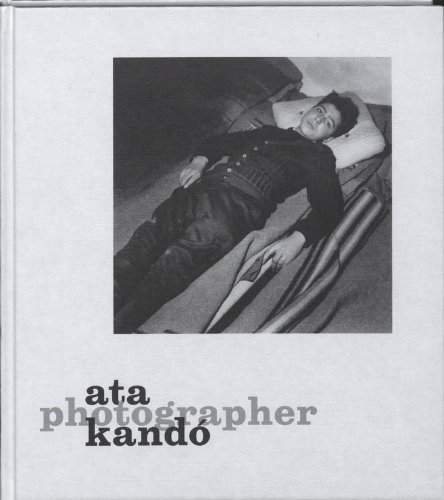 Photographer
by Ata Kando
Publisher's Description
The Hungarian-Dutch photographer Ata Kando was born in Budapest in 1913. In 1932 she left for Paris with her first husband, the artist Gyula Kando, with whom she had three children. After the war she joined the Magnum photo agency as an assistant. In 1954 she married the Dutch photographer Ed van der Elsken and moved to Holland with him. Kando first made her name with compassionate photographs of refugees fleeing Hungary after the suppressed uprising of 1956 and of aboriginal tribes in Amazonia. At the same time she was taking poetic photos of her own children as well as photographing for a number of fashion houses. Ata Kando also played a significant role for younger generations of Dutch photographers through her teaching at the Enschede Academy of Visual Arts (AKI) and elsewhere. Among her pupils were later luminaries such as Koen Wesing and Ad van Denderen, the latter of whom, together with Leo erken, made the selection for this monograph. Her work has been published in many books in addition to being seen at numerous exhibitions throughout Europe and North America. This first comprehensive overview of her photographic oeuvre comes in her 95th year.
ISBN: 9053306129
Publisher: Schilt Publishing
Hardcover : 176 pages
Language: English
Dimensions: 8.6 x 9.8 x 0.8 inches