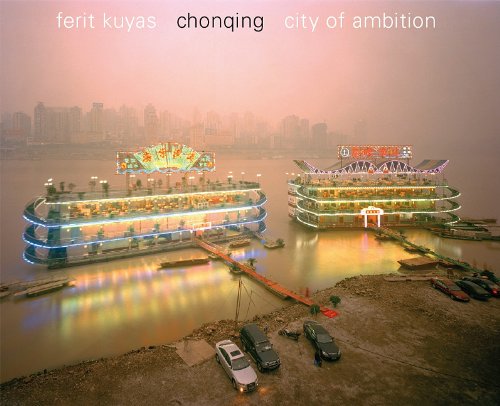 Chongqing -- City of Ambition
by Ferit Kuyas
Publisher's Description
The Chinese city of Chongqing is little known in the West. Yet with its 32 million inhabitants, the city is twice as big as the Netherlands. Located on the Yangtze river in southwestern China, it is one of China’s most rapidly growing cities.

Ferit Kuyas stayed in Chongqing on dozens of occasions for long periods and became totally fascinated by the megalomaniacal construction fervour he witnessed there, as well as its beauty. The almost ubiquitous haze – naturally present in this region but intensified by large-scale pollution – gave his work almost automatically an added layer of mystery.

Kuyas focussed predominantly on the periphery of the city, where the enormity of it cannot be directly seen, but rather felt. The result is a stifling and exceptional book that displays all the superlatives that describe China: huge, unstoppable, terrifying, incomprehensible, fascinating, beautiful...