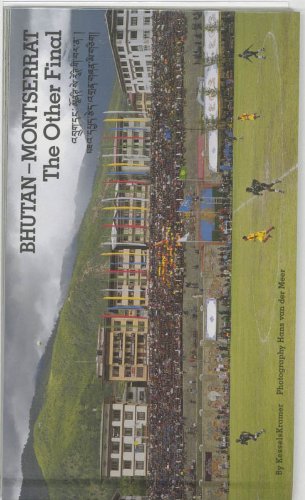 Hans Van Der Meer: Bhutan-Monserrat - The Other Final
by Hans Van Der Meer
Publisher's Description
The Other Final was a match between the two lowest ranked football teams in the world played on the same day as the World Cup Final in Japan, 2002. This books of photographs by Hans van der Meer is the photographic componenet of an overall concept that centered around the meeting of two countries, Bhutan and Montserrat. Photographed on location in the kingdom of Bhutan, photographer Hans van der Meer captures the people of Bhutan and the cultural exchnage between these two very different cultures during The Other Final.
ISBN: 9074159559
Publisher: De Verbeelding
Paperback : 128 pages
Language: English
Dimensions: 9.1 x 5.2 x 0 inches