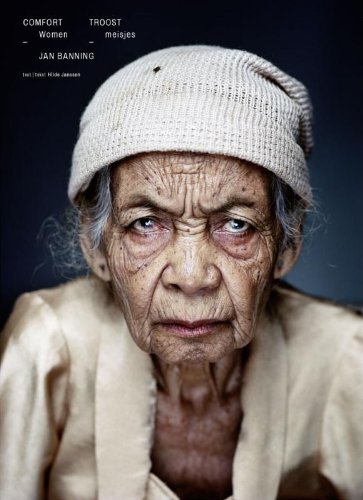 Jan Banning - Comfort Women
by Various
Publisher's Description
Raping women seems to be a normal byproduct of wars. During World War II, the Japanese military even set up a system for sex slavery: Tens of thousands of 'comfort women' in Asia were forced into prostitution at military brothels. In addition, many girls were abused sexually in railroad wagons, factory warehouses or night after night at home. Most of these women have suffered physical and emotional consequences ever since.

Jan Banning and Hilde Janssen visited Indonesian women who during the war were victims of forced sexual labor. In this book, 18 of them break the persistent taboo against speaking out on the issue. Showing them in combination with Japanese war posters, the book presents male and female sides of war, and propaganda versus reality. Short narratives depict the fate of these and other former comfort women, painting a gripping picture of this hidden history.