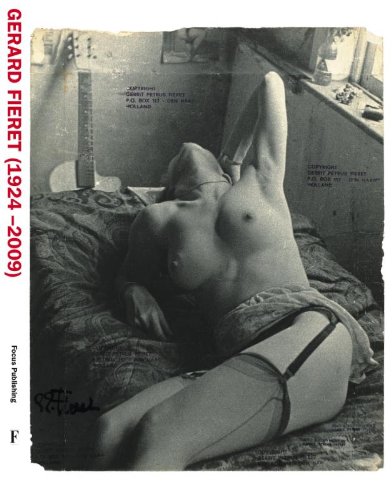 Gerard Fieret (1924-2009) (Monografieen van Nederlandse fotografen =; Monographs on Dutch photographers; no. 15)
by Gerard Fieret
Publisher's Description
Photographer and poet Gerard Fieret (1924-2009) is the creator of one of the most wayward oeuvres put forth by 20th-century Dutch photography: erotic, egomaniacal, radical, taboo-breaking and, at times, unfathomable, but always of a staggering, albeit uneasy, beauty that can indisputably vie with the international top. The two best-known genres in Fieret's photographic work - the female nude and self-portraiture - are presented in this book alongside his street photography and children's portraits. Fieret's nudes are more than just an ode to the female body, they are a frantic and semi-parrying attempt to make contract with the outside world, a world which had betrayed and deserted him, a world where he would remain an outsider all his life, and where in the end he was solely tolerated in a cabin far away in the Hague dunes with the animal kingdom as his homeland. Based on the photographs in mainly Dutch collections and on hitherto unpublished documents, author and art historian Frans van Burkom makes a probing and surprising analysis of Fieret's life and work. For anyone seeking to comprehend the disturbing power of this oeuvre, an absolute must.