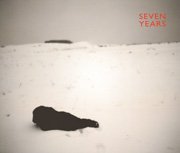 Seven Years - Tina Enghoff
by Tina Enghoff
Publisher's Description
The women in this book are living with violence meted out to them on a daily basis from their Danish husbands. If they divorce within a period of seven years they may be at risk of deportation from Denmark according to Danish laws. Should a woman be sent to her native country, she often faces the fate of living as a prostitute, ostracized by her own family or dealing with a direct threat on her life. The photographs capture individual women placed in nature, but the women do not appear to be part of the setting; rather they close in on themselves as a symbol of the isolation they are in. Essay by Uzma Ahmed Andresen.
ISBN: 9197887609
Publisher: Journal
Hardcover : 104 pages
Language: English