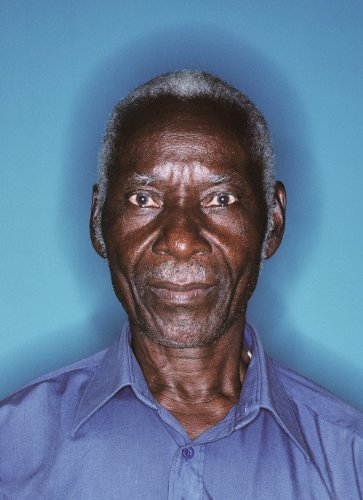 The Kaddu Wasswa Archive: A Visual Biography
by Kaddu Wasswa
Publisher's Description
The Kaddu Wasswa Archive by photographer Andrea Stultiens is the visual biography of Ugandan Kaddu Wasswa, born in 1933, who played a an important role in his community as a teacher and social worker. What is exceptional about the now 77-year old Wasswa is that he has always documented his activities. He wrote novels, plays and essays, took photographs and collected photos. Additionally, his extensive archive contains letters and newspaper clippings, often with added commentary.

Andrea Stultiens met Kaddu Wasswa in 2008 through his grandson, photographer Arthur C. Kisitu. Together, Stultiens and Kisitu set out to explore Wasswa's archive. She took photographs of the documents to which she added her and Kisitu's own photos which were taken during their meetings. The result is a unique biography in which the author is personally visible as well.

Kaddu Wasswa started his archive in the period when Uganda was seeking independence from Great Britain, its coloniser. The many photos in the archive present a fascinating view of the country Uganda and its inhabitants during the first fifty years of independence, which will be commemorated in 2012. The Kaddu Wasswa Archive preserves the history of a man and tells the story of a country.

The book The Kaddu Wasswa Archive will be launched on October 30th at the exhibition with the same name in the Nederlands Fotomuseum in Rotterdam.
ISBN: 9460830293
Publisher: Post Editions
Hardcover : 256 pages
Language: English
Dimensions: 6.9 x 9.4 x 1.2 inches