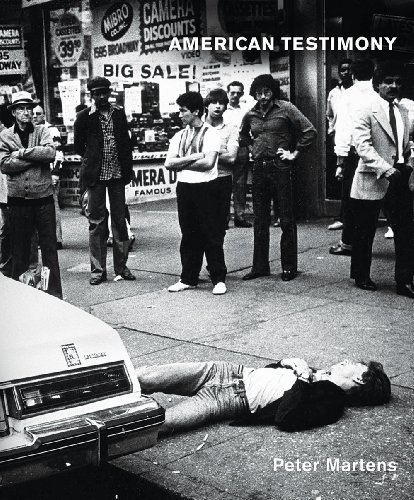 Peter Martens - American Testimony
by Peter Martens
Publisher's Description
The late Dutch photographer Peter Martens found life in the United States to be as ruthless and difficult for many as it is in developing and war-torn countries. Known as a versatile street photographer, Martens was inspired by the American tradition of engaged documentary photography as a form of advocacy for the disadvantaged and outcast. From his first trip to the U.S. in the early 1970s, it became his favorite place to work: he found there the clearest illustration the confusion and lovelessness that he regarded as characteristic of modern Western society. This deeply personal journey through the streets of New York is one of two mock-ups that Martens had left edited but unpublished before his death in 1992. Now, for the first time this poignant body of work has been published in this raw but elegant tribute to Martens's vision.
ISBN: 9460830641
Publisher: Ram Distribution
Paperback : 196 pages
Language: English