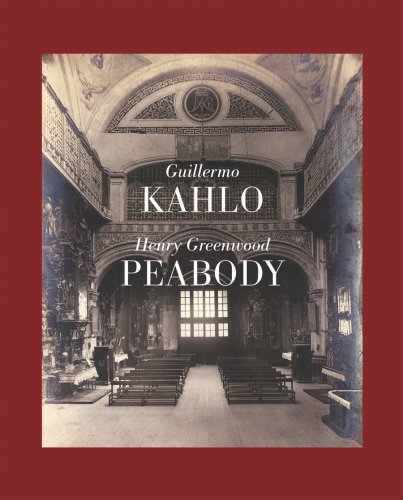 Guillermo Kahlo & Henry Greenwood Peabody
by Pablo Ortiz Monasterio
Publisher's Description
Photographers Guillermo Kahlo and Henry Greenwood Peabody are best known for the remarkable images of Mexican colonial architecture that they made during the early years of the twentieth century. Kahlo, the father of the woman who would become Mexico’s best known painter, emigrated from Germany in 1891 and established himself as a successful studio photographer before being commissioned by the government of Porfirio Díaz to compile a detailed photographic record of the architecture of viceregal Mexico.

Midwesterner Henry Greenwood Peabody began as amarine photographer, but a trip toMexico in 1899 with the architectural historian Sylvester Baxter introduced him to the subject that made his reputation. Featuring cathedrals, courtyards, villas, government buildings and much more, this is a stunning volume of historical architectural photography.
ISBN: 9685208999
Publisher: Editorial RM
Hardcover : 176 pages
Language: English