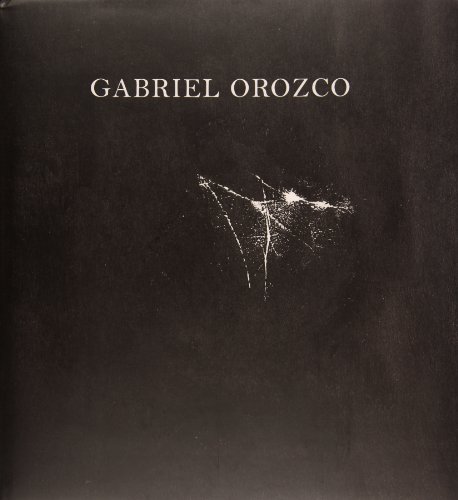 Gabriel Orozco
by Gabriel Orozco
Publisher's Description
The work of Gabriel Orozco is an exemplary adventure of ideas and objects. Always generously implicating the spectator, Orozco draws on a large material repertoire to produce quiet shifts in commonplace scenarios. This book, published to coincide with Orozco's exhibition at the Museo del Palacio de Bellas Artes in Mexico City, is the first substantial monograph on the artist, and testifies to the range of his investigations, from tiny adjustments in everyday locations (such as breath on a piano or reflections in a puddle) to more recent preoccupations with spherical forms in collage and paint. In an extensive interview with Briony Fer, the artist explains some of the conceptual premises of his art. Benjamin H.D. Buchloh situates Orozco´s various sculptural practices within twentieth-century precedents and the climate of postwar consumerism and assesses them as manifestations of a shift in object-subject relations. And Yves-Alain Bois explores Orozco's recent 'return' to painting, considering the structural logic of his canvases, in which Orozco deploys self-imposed rules to plot compositions (or 'diagrams,' as he describes them). With insightful texts and hundreds of illustrations, this big, bold, 360-page book is the definitive work to date on one of the most influential contemporary artists.
ISBN: 9689056069
Publisher: Turner/A&R Press/Conaculta-INBA
Hardcover : 360 pages
Language: English
Dimensions: 11.1 x 12.3 x 1.8 inches