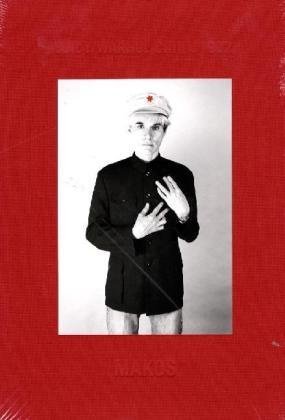 Andy Warhol in China: The Photographs of Christopher Makos
by Christopher Makos
Publisher's Description
A documentation of Andy Warhol's 1982 visit to China, this volume offers a unique glimpse of the international pop star by Christopher Makos, his personal photographer. With the advantage of hindsight, this volume becomes complexly ironic-in China in the 80s, almost no one knew who Warhol was. Just a few decades later, in 2006, Warhol's 1972 'Mao' sold for $17.4 million to a Hong Kong real estate tycoon. And Chinese artists have, for years, been incorporating Western pop iconography into their work. Photographer Christopher Makos became known in the 1970s for his candid shots of Warhol. Henry Geldzahler, the former Curator of Contemporary Art at The Metropolitan Museum of Art in New York has written: 'It is a great asset in Chris Makos' photographs that they reveal new and unfamiliar faces of the legendary pop figure...'
ISBN: 9881714486
Publisher: Timezone 8
Hardcover : 88 pages
Language: English
Dimensions: 10.6 x 15.3 x 0 inches