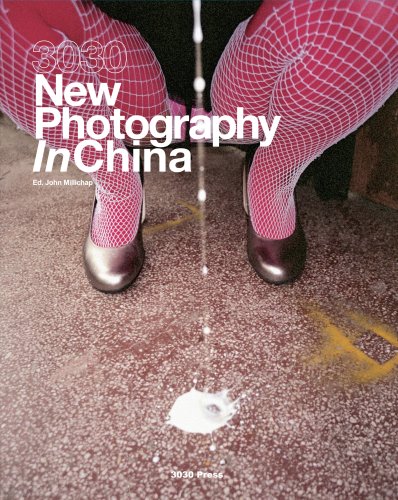 New Photography In China
by John Millichap
Publisher's Description
This fully illustrated survey of 30 of China's brightest photographers under 30 shows a new generation of artists, unburdened by ideology and immersed in the economic and social changes that have transformed China over the past 20 years.

From international artists and photo journalists to video makers and web bloggers, their images reveal a variety of styles that reflect the influence not only of tradition and politics but also foreign media channels and the development of a home-grown pop culture. In almost all cases it is the changing condition of life in China’s cities that provides the context and a powerful inspiration, whether it is Guangzhou in the south, Shanghai in the east or Beijing in the north. Each asserts its own character and it is often these differences that give contemporary photography in China is freshness and strength. Seen together, these works describe the possibilities and anxieties of life in modern China, as well as a powerful new sense of creative identity.

Essays by leading scholars and curators introduce the photographers and their work. For students and enthusiasts of China and photography 3030: New Photography in China is an essential companion and sheds a unique light on the country’s evolving art scene.