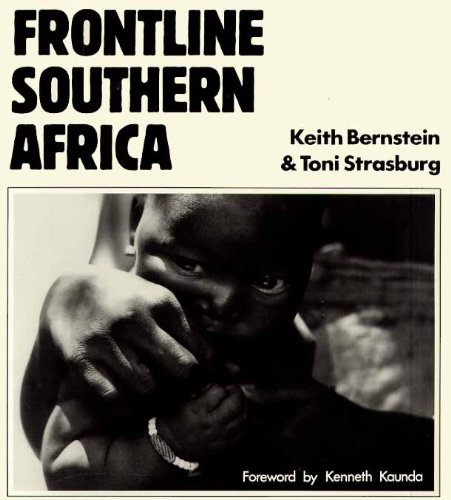 Frontline Southern Africa
by Keith Bernstein and Toni Strasburg
Publisher's Description
This book is a photographic account of a journey made by the authors during the making of their documentary film "Destructive Engagement". They travelled across Africa from Mozambique on the east coast to Angola in the west, filming and observing the effect of South Africa's policy of "total strategy" on the people of these countries. The bulk of the photographs are from Mozambique and Angola, but there are also some from Zimbabwe and Zambia. The work aims to give an insight into the policies of South Africa, into its regional objective to create and maintain a dependence that will be economically lucrative and politically submissive - and act as a bulwark against the impositions of international sanctions against apartheid.
ISBN: 074703012X
Publisher: Christopher Helm Publishers Ltd
Paperback : 128 pages
Language: English