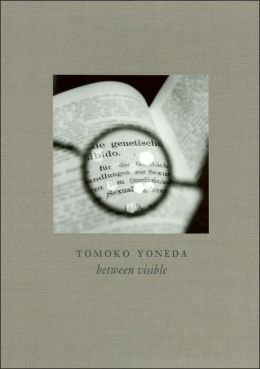 Between Visible
by Tomoko Yoneda
Publisher's Description
From the publisher: "Between Visible represents unique perceptions of some major intellectual figures of the late nineteenth to middle twentieth centuries: Sigmund Freud, Herman Hesse, James Joyce, Gustav Mahler, Junichiro Tanizaki, Le Corbusier, Mahatma Ghandi, and Leon Trotsky. Key objects that helped shape the work of these scholars are viewed through their actual eyeglasses giving tiny clues to various aspects of their lives. "Between Visible and Invisible" refers to the correlation between the image on the surface (the visible) and the unknown narrative beneath the surface (the invisible) which when revealed changes the context of the photograph. Since graduating from art school in 1991, Tomoko Yoneda has exhibited widely in the United States, England, Japan, and Russia. Between Visible is her first monograph. Introduction by Kotaro Iizawa. A special edition, presented in a clamshell box with an original print, is also available."
ISBN: 1590050452
Publisher: Nazraeli Pr
Hardcover Language: English