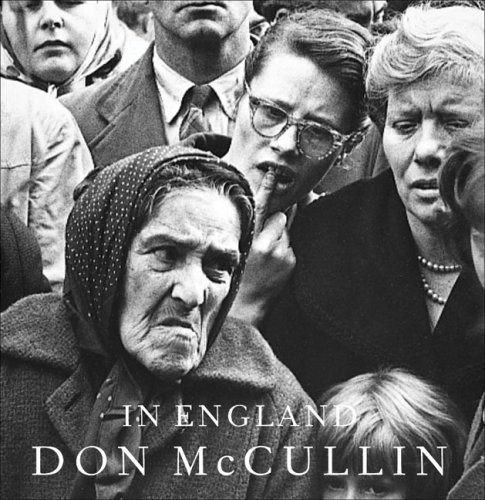 In England
by Don McCullin
Publisher's Description
Don McCullin’s view of England is rooted in two worlds—his wartime childhood, and his youth in 1950s Finsbury Park. His first published photograph was a picture of a gang from his neighborhood, which appeared in a newspaper after a local murder. McCullin always balanced his anger at the unacceptable face of the nation with tenderness or compassion, and in this collection, he envisions his home country with its perpetual social gulf between the affluent and the desperate in mind. He continues in the same black and white tradition as he did between foreign assignments for the Sunday Times in the 1960s and 1970s, when his view of a deprived Britain seemed as dark as the conflict zones from which he had just escaped. This book marks his return to the cities and landscape he knew as a young photographer, adding wry humor to his famed lyricism. At a time when we might believe the world has changed beyond our imagination, McCullin shows us a view of England where the line between the wealthy and the impoverished is as defined as ever, the nation as a whole as absurd as it is tragic.

Don McCullin worked for the Sunday Times for 18 years and covered every major conflict in his adult lifetime until the Falklands War, which the British government refused to grant him a press pass to cover, as his work was considered so powerful and evocative. Regarded by many as the finest British photojournalist of his generation, he has received many honors and awards including the CBE. His most recent books include Don McCullin in Africa, Unreasonable Behaviour, and his definitive monograph Don McCullin.
ISBN: 0224078704
Publisher: Random House UK
Hardcover : 252 pages
Language: English
Dimensions: 11.8 x 12.4 x 1.1 inches