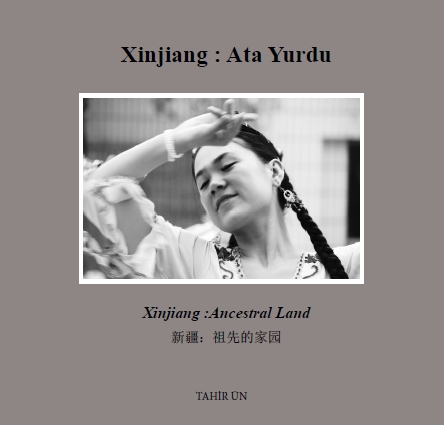 Xinjiang : Ancestral Land
by Tahir Ün
The shift in the United States Middle East and Near Asia policies in the wake of 2001 “9/11 attacks” continues with radical changes in many Islamic countries. Unfortunately, Afghanistan and Iraq have been the most prominent conflict arenas with a dramatic display of crimes against humanity. In this very sensitive period, some events in China’s Xinjiang-Uyghur autonomous region have been widely covered by the Turkish press and these events have been presented as one of the most critical issues in the World with reports that could potentially convince anyone who was not intimate with the issues. Naturally, a significant reaction to these reports came from the Turks, who consider their roots to be in the Middle Asia, followed by the World’s Muslim population. Last year, an official project invitation by China gave me a chance to witness the life in this region as a skeptical photographer who was highly sensitive on the issues. In a hectic schedule lasted for about 20 days, I had a chance to visit the North of Uyghur Autonomous Region, Urumchi – Ili – Bortala – Altay – Changji autonomous administration, speak with and photograph many people with diverse ethnic origins like Uyghur, Han, Kazak, Hui, Xibo and Mongol, who lived in these regions. The unique ethnic structure of the region have been supported in many ways including a secular administration, essential education opportunities in Uyghur and Chinese, higher education institutions teaching exclusively in Uyghur, additional regional credits given in the university entrance exams, government services in double languages, and aid programs for museums and publications to preserve ethnic cultures and languages. I would like to note however that the higher birth rate among the region’s Muslim population and the “child brides” that I came across often reminded me of Turkey. It was a particularly pleasurable experience to see the contributions of Jiangsu-Aiding-Xinjiang Project in industrial development, construction projects, humanitarian aid and farming in the region, and witness the happy faces who had been awarded by gift dwellings. In an interview I studied, a member of Xinjiang Academy of Social Sciences, sociologist Turgunjan Tursun noted that the development programs focusing on market economy were creating a gap between better-educated and socially close Han and Uyghur peoples1. However, it is possible to see serious investments by the government that could help grow the economic prosperity and fair sharing of the wealth, which I think could significantly help close the gap noted by Tursun. From this journey where I connected with the heroes of tens of different stories, I can only present a subset from many photo-stories, each of which can be a photo exhibition by itself. In future, I can hopefully have a chance to publish and exhibit each of these separate stories.
ISBN: 978-9944-0071-1-5
Publisher: Tahir Ün