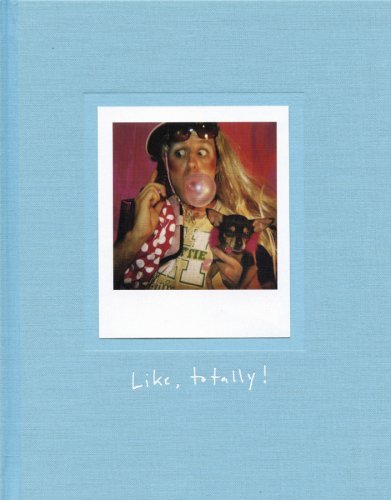 Everybody I Ever Met in L.A.
by Jonathan Hollingsworth
Publisher's Description
In his most recent body of work, Hollingsworth sends up his former home of Los Angeles, the vortex of American pop culture, playing the characters who populate and define it–personas ranging from the well-worn stereotypes to the forgotten and disenfranchised. Shot entirely on Polaroid film, the images have a mug-shot aesthetic, whereby each character seems to have been momentarily plucked from his immediate environment for scrutiny under the artist’s no-holds-barred gaze.

“When I moved to Los Angeles, I had just graduated from a pricey university, the economy was tanking out, jobs were sparse, and I had no idea what I wanted to do with my life . . . but a couple of good, mercilessly driven friends had moved there, and I knew the sun shone 300+ days of the year so I packedmy car and drove cross-country. The day I arrived, I had this sinking feeling that I had made a terrible mistake, that I didn’t fit in. I was right, but the love/hate relationship lasted for five years. I didn’t begin working on the series until well-after I’d left. Inspired by the people I actually knew, wanted to know or forget–or just the guy sitting next to me in hisHonda on the 405 in the gridlock of Friday afternoon traffic–these pictures are a wicked, loving valentine to a city, which if female, would be the sort of wildcat you might entertain for a while, but would never take home to mom.”
Jonathan Hollingsworth

Signed and numbered edition of 20 laid in a clamshell box, each with
ISBN: 0615239226
Publisher: Just One Guy Press
Hardcover : 64 pages
Language: English