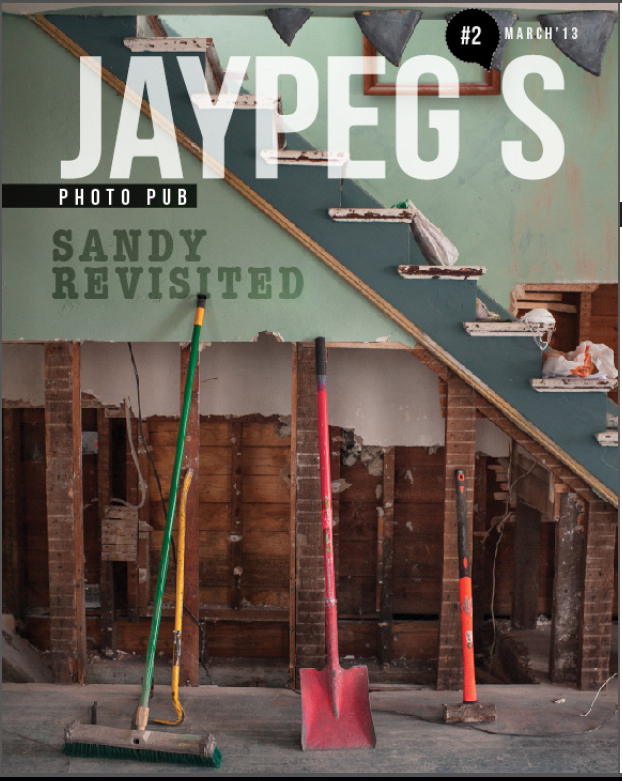 Jay Peg's Hurricane Sandy Revisited Issue
by Josh Raab
Jay Peg's was created with the sole purpose of getting high grade photography into the public eye. This publication showcases documentary based work from emerging photographers. It is intended to provide new angles to topics viewers think they know, with the intention of creating fresh perspectives derived from our own. In the past year since Jay Peg's was launched, its contributing photographers have been published in: The New York Times, Time Magazine, The New Yorker, Vice, The Wall Street Journal, Le Journal de la Photographie, Newsday, Bloomburg, and Focus, Photo District News, Featureshoot.com, among others. They are currently represented by some of the top agencies including Getty Reportage, Sipa Press, Polaris Images, Haytham Pictures, and Reuters All of the projects are ongoing. The photographers featured have roots in the New York City Area and are available to freelance worldwide.
Publisher: Josh Raab