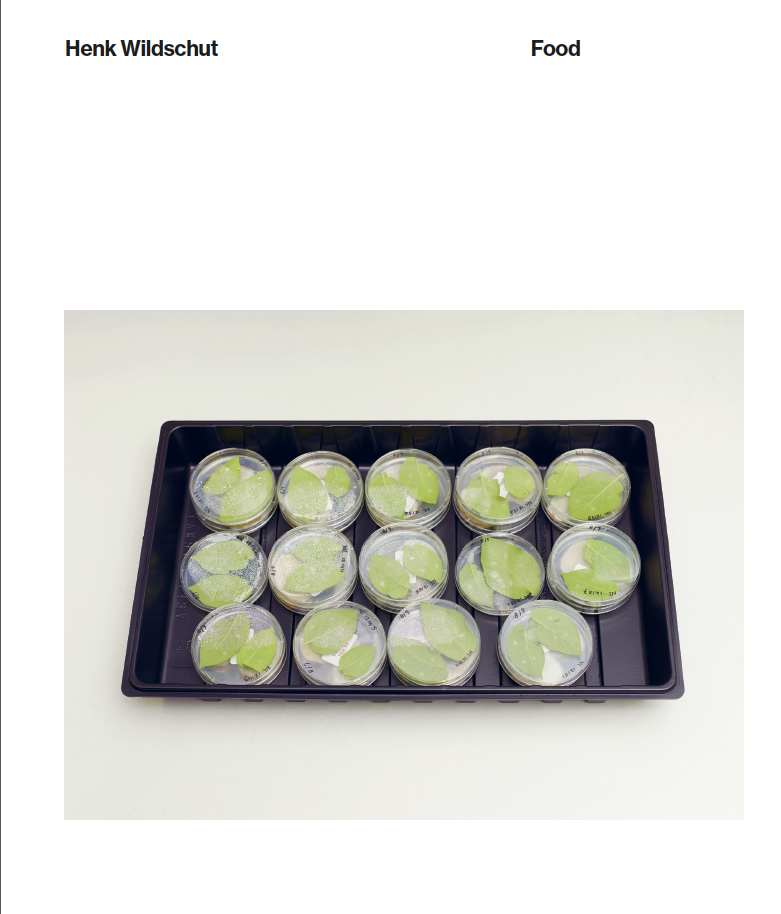 Food
by Henk Wildschut
Few subjects evoke as much controversy nowadays as the subject of food. The world's population continues to grow, and with the rise in prosperity comes an ever greater need for food that can be trusted. Inevitably, it seems, this means both an increase in scale and unceasing technological innovation, with unpredictable results at times. If critical documentary makers point out the pitfalls, false assumptions and deception in the food industry, the branch itself advertises its wares with nostalgic images of cows in the meadow and heads of corn swaying in the morning sun. Images that the consumer all too willingly embraces. Meanwhile, scandals in the food chain fuel our desire for a transparent world where food can once more be cultivated reliably and at a modest scale. The present lack of transparency and the fact that few know the real state of play have elicited the widest range of opinions about how our food can best be produced. The one scientific study refutes conclusions drawn in the other. Indeed, the issue is so complex and inclusive that every discussion seems doomed to sink under its own weight.

For Food, Henk Wildschut immersed himself in the world of today's farmer whom he originally saw as the most important innovator in the food production process. But even here appearances are deceptive: farmers are often forced to switch to a method of husbandry where efficiency and scaling-up are the name of the game, all under the banner of public health, food safety, the environment and animal welfare. This holds equally for organically produced food. In his endeavour to get to grips with the production and processing of food Wildschut, rather than restricting himself to modern farming, also directs his quest at vegetable breeders and cultivators, stock farms, hatcheries, fish farms, laboratories, inspection bodies and suppliers of abattoir equipment. Theirs is a squeaky-clean world where rules, regulations and protocols are riveted together in the stainless-steel abstraction of the industrial scheme of things; a world that often seems such a far cry from the food itself.
ISBN: 9789460830747
Publisher: Poste-Editions