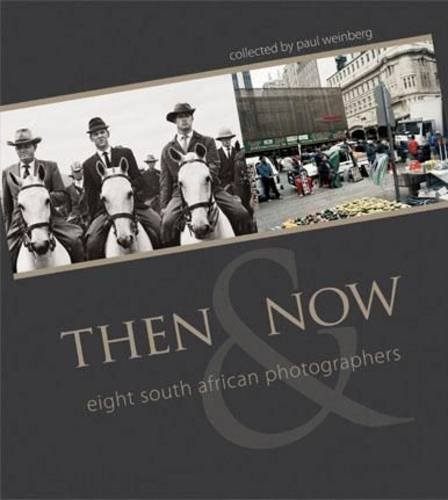 Then & Now - Eight South African Photographers
by Paul Weinberg
Publisher's Description
Volume featuring the work of eight photographers whose careers straddle South Africa’s transition to democracy. Almost all of them were members of Afrapix, the collective photo agency that played a central role in documenting the struggle against apartheid in the 1980’s and the early 1990’s. In assembling this collection one of the founding members of the agency, Paul Weinberg, asked seven of his colleagues to select 20 images exemplifying their work during and after apartheid. The result is a vivid record of a country first in conflict, and then some years later in a state of resolution and rediscovery. His fellow journeymen with featured works are: David Goldblatt, George Hallett, Eric Miller, Cedric Nunn, Guy Tillim, Graeme Williams and Gisèle Wulfsohn.
ISBN: 0620423277
Publisher: Highveld Press
Paperback : 160 pages
Language: English