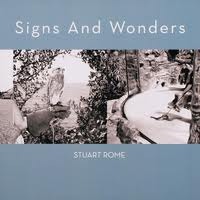 “Everything is explained to us and we understand nothing.” —Thomas Bernhard Florida has always figured large in the American psyche. Shrouded in mystery and myth, the Florida landscape has inspired awe, fear and conjecture. From the early days of the republic, through the era of exploration and to the present day, explorers, artists and writers chronicled their travels and discoveries in Florida for a curious and fascinated nation. Important early natural scientists and investigators such as Bernard Romans, William Stork, Mark Catesby, Thomas Hutchins and William Bartram, in turn, inspired people such Henry David Thoreau, the English Romantics, James Fenimore Cooper and John Muir. Stuart Rome has followed in the footsteps of many of these great pro-genitors and journeyed to the heart of the Florida peninsula. His new body of landscape images adds to this rich and compelling history of botanic, scientific and artistic curiosity and draws some of its inspiration from the writings, journals, and illustrations of many of those important early naturalists. Signs And Wonders is a vertical transect through time and through the natural world. Stuart Rome’s images condense, flatten and compress the multitude of subtle time signatures that are present in a landscape to construct a complex language of referents and conjunctions. It is evident when we stop and examine these photographs, that beyond these closely observed details from the landscape, there emerges a portrait of the land as a living canvas of marks, gestures and symbols; teeming with an energy and regenerative vitality that is constantly in a state of flux and renewal. This complexity and allusiveness are the hallmark of Stuart Rome’s photography. The eloquent tracery of patterns and details in these prints resonates with an inner glow and with a draftsmanship that veers at will from lyrical to muted to explosive to capture the varied complexions of the processes at play in the natural world. In order to break out of the purely descriptive limitations of conventional prints, he has even produced a unique silver leaf and digital image print process that creates a shimmering, three dimensional effect on water color paper. “A fractal is any pattern that reveals greater complexity as it is enlarged. Thus, fractals graphically portray the notion of “worlds within worlds.” —Benoit Mandelbrot