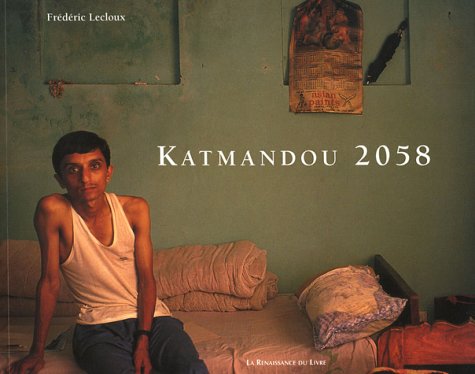 Started in the Nepalese year 2058 (2001) – a science-fiction date for us, but a very real one for them – this series of photographs explores the relationship between the young inhabitants of Kathmandu and their city, through an essential confrontation with emptiness. Indeed, this generation, which has grown up in the midst of the violence brought on by the Maoist rebellion, seems at times terribly alone to face the future, burdened as it is by the weight of the past. Yet, at other times, it proves capable of comprehending reality with unfailing modernity. This is the dazed yet respectful homage of a visitor convinced that the beauty of the city and its inhabitants lies in this distortion, much more so than in the exotic pictures and portraits which imprison the Nepalese people in an antiquated image of themselves – an image which even travellers can only end up being disappointed with. These photographs, on the contrary, try to create a universe where the balance between absence, things and beings modelled without concession by natural light, invite the onlooker to re-invent a foreign people and a foreign place.