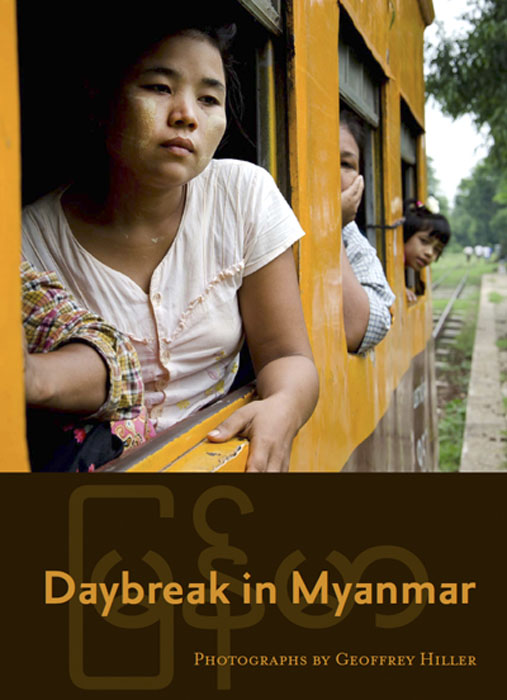 Daybreak in Myanmar
by Geoffrey Hiller
Myanmar in Southeast Asia is one of the least known, most mysterious places in the world, due to the military dictatorship that has isolated the country for the past sixty years. Now that the government is making the transition to democracy, the veil is slowly lifting, as are travel and economic sanctions. In Daybreak in Myanmar these images of a place once frozen in time are unique and timely. Photographer Geoffrey Hiller has been documenting the people of Burma since 1987 and has returned several times since the historic opening in 2011 to capture evidence of change, not only images of rallies for Aung San Suu Kyi, but the anticipation, hope and concerns of a nation forgotten by the world. Following his award-winning web documentary from 2000, Burma: Grace Under Pressure, Hiller is publishing this selection of 170 color photographs. They are accompanied by interviews with British journalist Francis Wade,
ISBN: 978-0-9905588-7-3
Publisher: Verve Photo Books