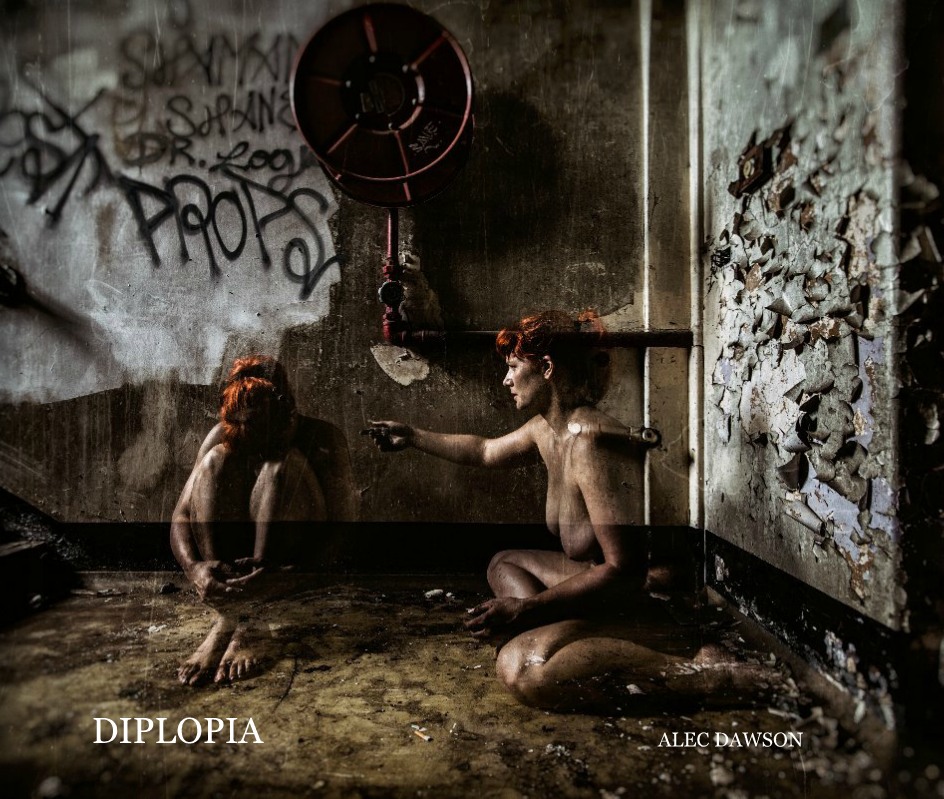 Diplopia is the abnormal perception of two simultaneous images of a single object that may disrupt balance, movement, or sanity. Through his photographs, Alec Dawson splits women’s naked bodies in two. He represents diverse situations through overlapping images, and demonstrates the duality of each character. Phantoms in ruined places, where time stopped and only memory remains; transparent bodies of one individual that coexist in the same instant, or the same being captured at a different time. Alec plays with quantum theories, where time travel is possible, and he manages to capture these travels though his lens. The resulting encounters are not fortuitous, but coldly calculated. Inviting, fun, aggressive and, to some extent, violent images are experienced by way of Alec’s creative eye, as he weaves stories in a single, unique plane Diplopia – double vision – is the principal characteristic of this series. It fuses our perception of two images in a single object. Alec transcends the duplication of naked feminine bodies, to the fusion of the moments captured with double meanings that transmit movement in a timeless instant. Size: 13"x11" / 240 pages