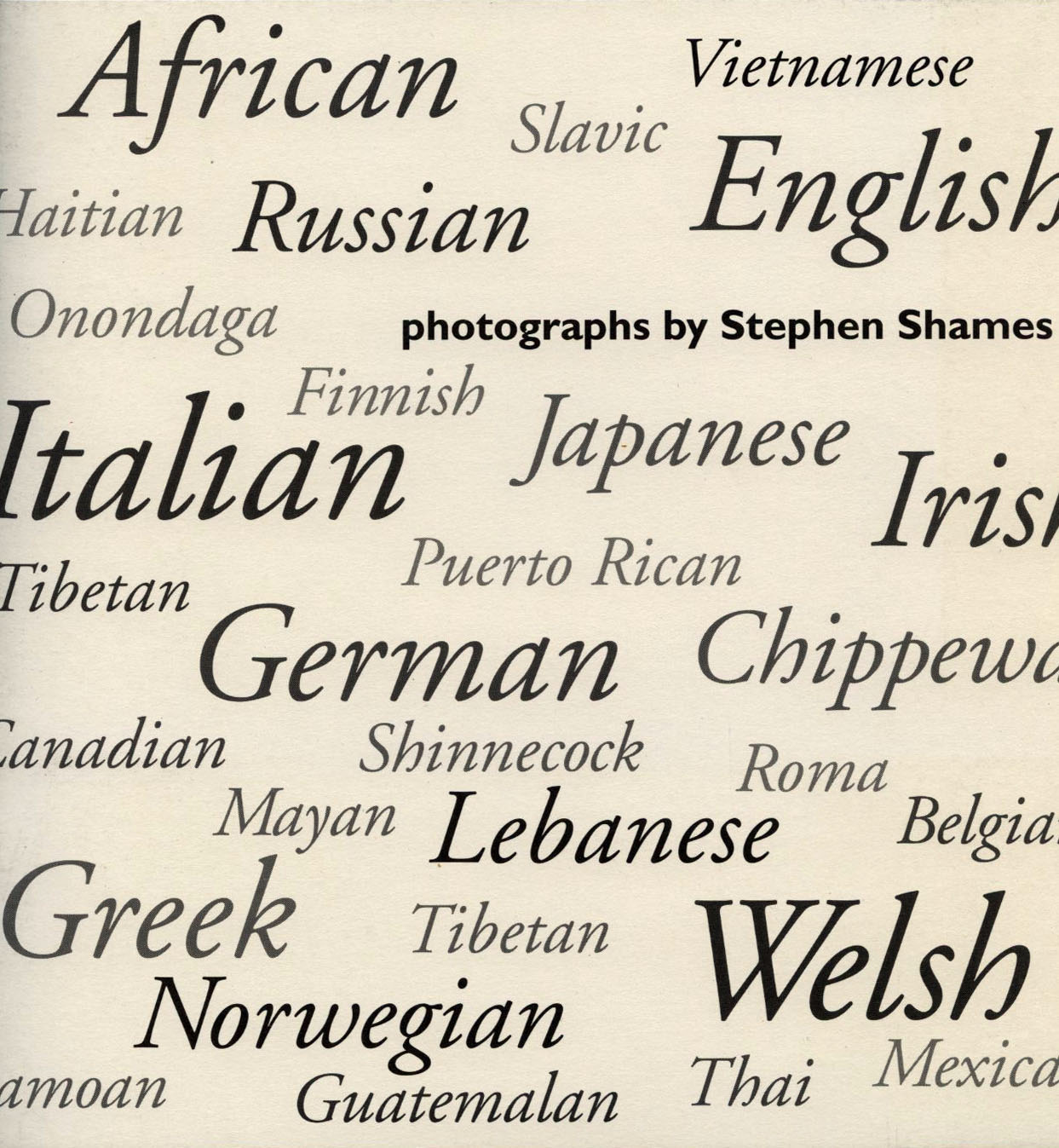 Facing Race
by Stephen Shames
Who will be the “average” Americans of the 21st Century? According to the Census Bureau, the “average” 21st Century American child may be a hybrid of six continents. Your grandchild could be one of these “new” Americans.

The cutting edge of this transformation is the two million multiracial people in America, a group that has grown 400 per-cent in the past two decades as a new wave of Latin American and Asian immigrants hits our shores. Their children are marrying outside their “group” at the same rates as southern and eastern European immigrants a century ago—with one significant difference—they are marrying across racial, in addition to, ethnic lines. This mirrors what occurred this century following the arrival of eastern and southern European immigrants In the early 1900s. Despite resentment of immigrants as virulent as today, people fell in love across ethnic lines and enlarged the idea of what it meant to be an American.

What is beautiful is this change is not happening because of government policy or lobbying by special interests, but is being propelled by love, two people at a time. Like rain drops eating away at a seemingly impenetrable mountain, each multiracial baby creates a chasm of diversity and hope in our polarized nation.

This set of portraits of beautiful multiracial people offers us a glimpse at what our country will look like on its 300th birthday in 2076 when multiracial kids will be as common as multi ethnic children are today and cause as little notice.

This is a book about love and healing, a ballad about the new Americans growing out of the ashes of our racial and ethnic divisions.
Publisher: Moravian College