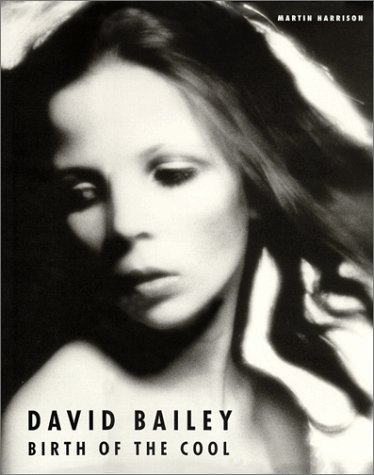 Birth of the Cool: 1957-1969
by David Bailey
Publisher's Description
This massive retrospective features a wide assortment of Bailey's photographs from London's swingin' sixties: from portraits of Federico Fellini and John Huston to Jean Shrimpton on The Sunday Times and a Glamour magazine spread entitled, "The Little Girls of Paris."
Amazon.com Review
David Bailey's name is synonymous with the Swinging Sixties, when fashion photography became big business, and the man behind the camera could become as famous as the celebrities who posed for him. And Bailey was the most famous--the East End boy who became best friends with the Beatles and the Stones, the husband of actress Catherine Deneuve, and lover of model Jean Shrimpton--chronicling them all in a series of unmistakable, unforgettable shots. David Bailey: Birth of the Cool delves into the photographer's archive and reproduces some of his earliest work (the 1959 wedding of a neighbor's daughter was one of his first professional gigs), previously unpublished documentary film stills, and the spectacular images of quintessential '60s mannequins Shrimpton and Penelope Tree introducing mod fashion to Vogue magazine readers. The result is a treasure-trove of images from one of the most exciting periods in the 20th century, when the cult of youth, fame, and glamour was worshipped and--in this case--most beautifully recorded. --Amazon.co.uk
ISBN: 0670888184
Publisher: Viking Studio
Hardcover : 273 pages
Language: English