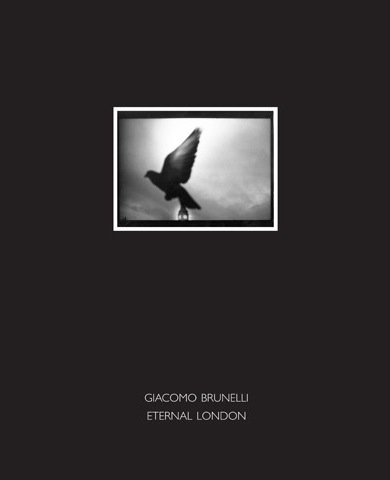 In 'Eternal London' Brunelli uses his distinct film-noir style to create a unique and evocative view of the capital. The images are framed around the silhouettes of people and animals including the statue of Winston Churchill depicted alongside Big Ben; a dog running into the Thames river; and a woman featured against the backdrop of St. Paul's Cathedral. Brunelli takes his photographs during daily early morning walks, randomly choosing a person to follow before focusing his camera on them. Working discreetly, Brunelli often uses a removable viewfinder, to be able to photograph his subjects from waist height and other unusual angles, such as directly from behind and with extreme close-up. He protects their anonymity by obscuring their faces while exploiting light, shadow and contrast to imbue his images with a dramatic atmosphere and a feeling of claustrophobia. - from Lensculture
ISBN: 1907893520
Publisher: Dewi Lewis Publishing
Hardcover : 48 pages
Language: English