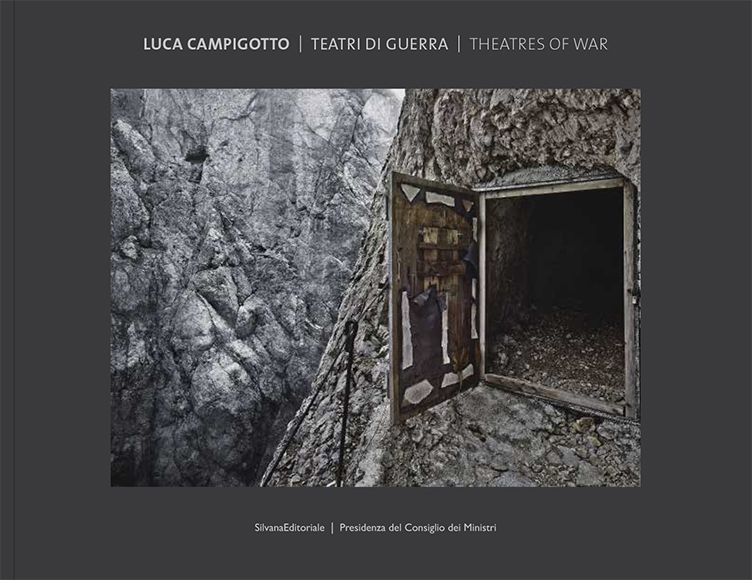 Theatres of War
by Luca Campigotto
Luca Campigotto, an internationally renowned photographer and world traveller, is an attentive and sensitive observer, not only of the physical reminders of the past which nature has not succeeded in totally engulfing in the space of a hundred years, but also of the emotions which these reminders can still provoke. Atmospheric emotions woven from light and colours, unusual viewpoints and dizzy panoramas–visual leaps into the void or against massive rock faces, which remind us of the torment of splintering grenades, the insecure shelters, the desperate struggle for survival. A hundred years after the outbreak of the First World War, Campigotto's images are bare and intense, reminiscent of film scenes. The natural setting is majestic, a blend of wild beauty, silence and solitude, scattered with the remains of a recent archaeological era which speaks of suffering and demands attention. The human constructions implanted in the body of the mountains are the scars of a war which has not been forgotten and forms a part of our identity.
ISBN: ISBN-13: 978-8836629237 ISBN-10: 8836629237
Publisher: Silvana
Hardcover : 160 pages
Language: Multilingual