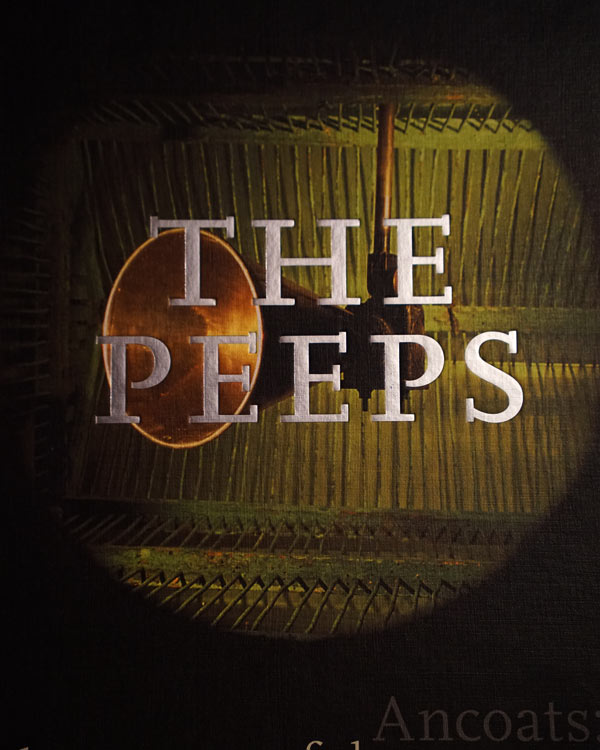 The Peeps
by Dan Dubowitz
The Presence of Absence Ancoats, in Manchester, England, was once unimaginably different. The centre of the world’s cotton industry and its first industrial suburb, it was dark and dense, insanely noisy, frenetic, violent, productive, inventive, creative, poor, unhealthy, hard and vibrant. It had a striking vapour, sound and feel. Ancoats had a very different role in the world than the one it has now and will have tomorrow. These artworks have emerged from the experience of this presence and absence. As part of the regeneration of Ancoats new streets, pavements, civic spaces have been laid down. The Peeps and the Cutting Room Square are part of this project and have been permanently built into this public realm. The Peeps Built into the fabric of the buildings, the brass peep holes offer a fleeting glimpse of a walled-in space; a tunnel, a disused toilet, a spinning governor, a bell tower, a gauge. The Peeps are something that you might stumble across as you pass through the streets of Ancoats. The Cutting Room The Cutting Room Square is the centrepiece of the new public realm for Ancoats: the first public square ever to be built in the area. It is oriented around 5 towering photographs of the former cutting and pattern rooms of the adjacent Royal Mills. This cutting room speaks both of what Ancoats has been and what it is becoming.
ISBN: isbn 978 0 7190 8552 9
Publisher: Manchester University Press