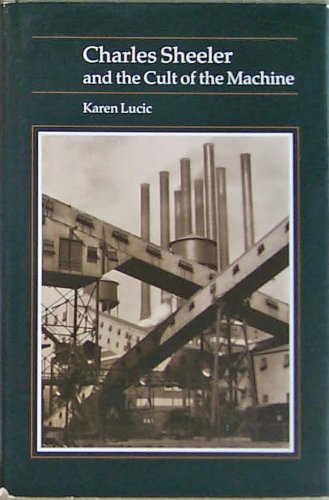 Charles Sheeler and the Cult of the Machine
by Karen Lucic
Publisher's Description
"At the dawn of the twentieth century Henry Adams proclaimed that the machine was as central to our modern American culture as the Virgin was to medieval culture. Charles Sheeler (1886-1965) was one of the most noted American artists to embrace the iconography of the machine. But was he high priest or heretic in the religion of mass production and technology that dominated his era? In paintings, drawings, and photographs depicting New York skyscapers, Henry Ford's automobile factories, and machine-dominated interiors, Sheeler produced images of extraordinary aesthetic power that confirmed America's technological and industrial prestige in vivid detail."--the publisher.
ISBN: 0674111109
Publisher: Harvard University Press
Hardcover : 128 pages
Language: English