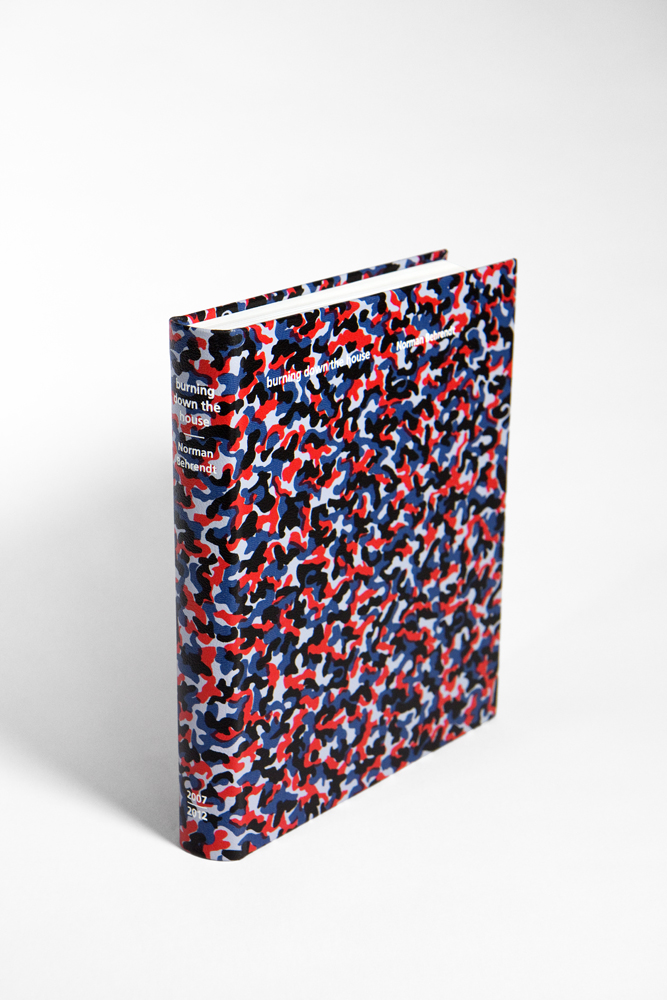 burning down the house
by Norman Behrendt
burning down the house, 2007–2012 / a photographic study of Berliner graffiti writers / *** WINNERBOOK INTERN. PHOTOBOOKDUMMY AWARD 2013 *** / “To be a writer is a big secret. It’s the biggest secret that I keep from my parents. You don’t tell many people, you only tell people who you can trust. There’s a big impulse to maintain secrecy.” ?– Duko. / The photobook burning down the house offers an in depth look at Berlin’s graffiti writer scene for the first time. Against the backdrop of publicly accessible and non-accessible surfaces being continually written upon, a constant presence of the subject in the media in relation to the surveillance of public space, the increasing costs of removal on behalf of transport companies and the accompanying harsher penalties for graffiti offences, the author Norman Behrendt has over a five year period approached the subject of graffiti writing in his own way. Detached from stereotypes and with the conscious decision to forgo the depiction of graffiti, Behrendt aims to introduce the anonymous authors of Berlin’s public space and give a human face to the often-discussed subject of the illegal writing on the wall. Instead of accompanying the graffiti writers on their nocturnal adventures and photographing them in action at the scene of their work’s execution, Behrendt decided on quieter alternative — a portrait. / The photobook burning down the house includes about 80 portraits of very differently operating graffiti writers. It consists of two different photographic portrait series. For the first series Behrendt met the writers with an analog medium format camera and a precise concept, which included two important questions: 1. In which location should the portrait be created? and, 2. How would the person like to reveal themself? For the second series Behrendt photographed the writers with a Polaroid camera so that they were recognizable, and thus possibly identifiable, in the subway stations of Berlin. He then gave them back the Polaroid photo and asked their permission to use the image, so that it could be published. The resulting portraits testify in an illustrative way to the tense relationship between visibility and anonymity, between possible recogni-tion and the accompanying possible identification by third parties, or, ultimately, even the police. Finally, the book contains 83 interviews with the individual artists. It creates an intimate picture of the protagonists, which manifests itself in their answers to the questions of motivation, their own representation and their selected locations.