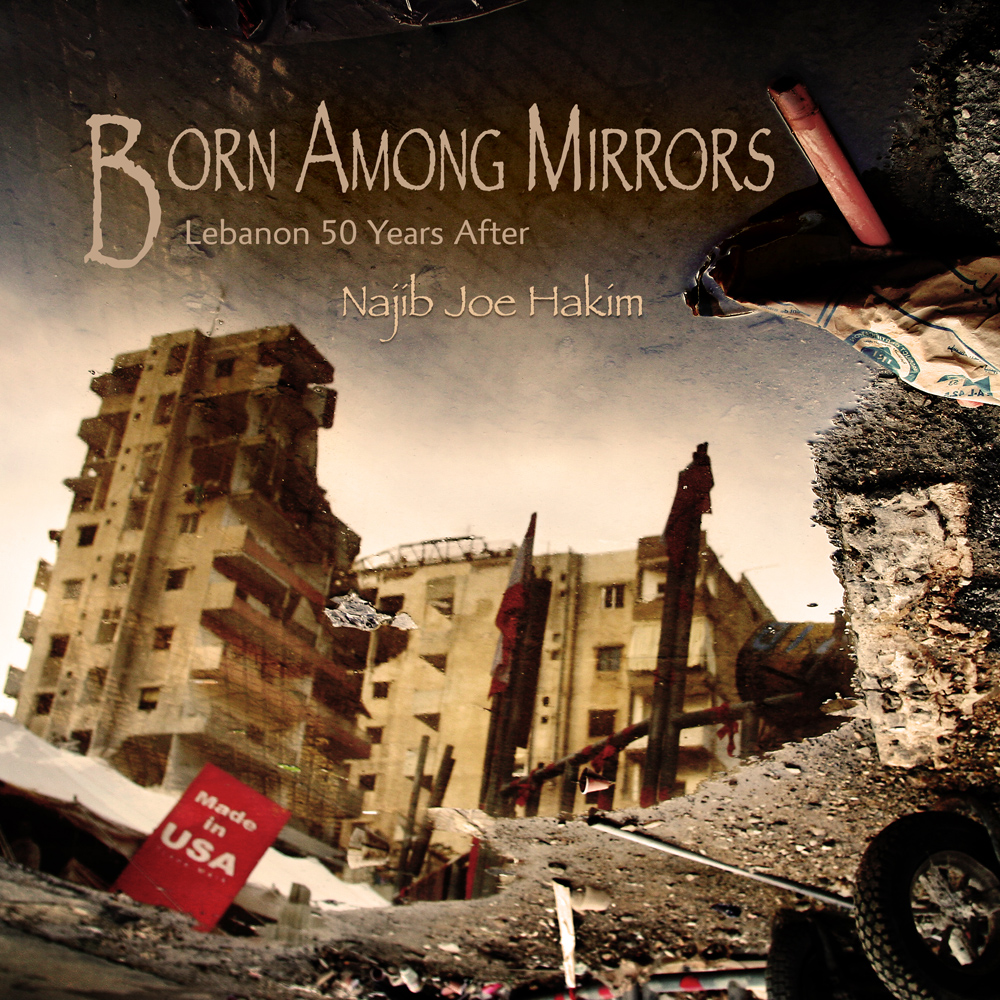 These photographs of Lebanon are taken 50 years apart by my father and myself. Elias Hakim's B&W pictures document the young Hakim family's emigration from Lebanon to the United States in 1956. My color photographs explore the country upon my return in 2006 after the latest war with Israel. Yet, at its core, this is not a project about Lebanon. Just as Lebanon served as a bridge for my parents fleeing the Zionist takeover of Palestine and eventually immigrating to the US, it also serves me as the launching point for my quest to turn a personal lens toward one Palestinian family’s story. Through Born Among Mirrors, I hope to provide insights into our successful journey through arguably the most intractable conflict of the last 100 years. And hopefully, perhaps it could also chip away at the many misconceptions about Palestinians that are perpetrated by Hollywood, the media and the national political culture. In October 2006 I returned to Beirut the city of my birth after a 31-year absence. Barely three months had passed since the cessation of Israeli bombardments. While my project began as an exploration of a war-ravaged country, through coincidence and personal tragedy, it became a journey into my own family history: from refugees out of Palestine to thriving American citizens. In the post-1948 era, we were among the first 100 Palestinians allowed immigration visas to this country. Out of fear, my parents never told us we were Palestinian, nor did they speak Arabic to us. It was as though somehow we were invisible even to ourselves. When I returned from my trip, I discovered two things. The first was a roll of B&W negatives of images taken by my father Elias in 1956 at Beirut harbor as we were embarking on our voyage to America. The other shockingly, was learning that my mother, Josephine had just been diagnosed with an aggressive cancer. Life was changing rapidly and so was my project. There was sudden urgency in learning stories before they disappeared forever with my parents. And I have added imagess from my father’s previously lost 1956 harbor negatives to my own series from 2006 for this publication. Each set of images is an exploration of a people determined to survive. In addition, I selected from my parents’ papers amazing documents relating to our journey and Diaspora: British Mandate of Palestine passports; Lebanese identity documents for Palestinian refugees; US naturalization papers; letters from then governor of New York Nelson Rockefeller and other officials congratulating us on our newly acquired US citizenship, and more. These documents also testify to our roots and our denied rights.