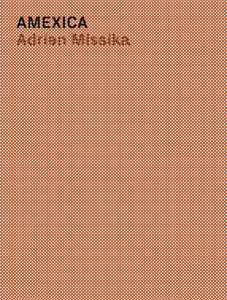 AMEXICA
by Adrien Missika
"Amexica" is a project by Adrien Missika that took shape during a trip along the border between Mexico and the United States. The artist used a drone mainly to film several natural and urban sites between Ciudad Juarez and Tijuana, to offer a different point of view on this closely monitored zone. Missika's efforts have given rise to a highly ambitious piece, the most politically charged work of his output. Published on the occasion of the eponymous exhibition at CCS Paris from April to July 2014.